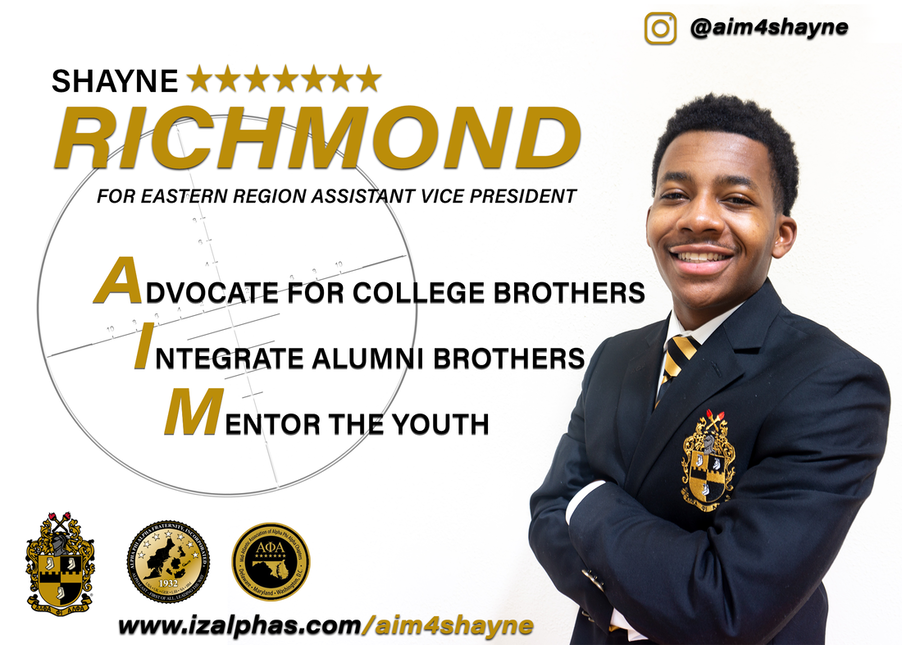 A Message from the Candidate

I am Shayne Richmond, and I humbly submit my name as a candidate to become your 61st Eastern Region Assistant Vice President. Since I have been in college, I've taken it upon myself to become as involved as possible on the campus of the University of Maryland, College Park. ​​
​
Here are a few programs and initiatives I am a part of: 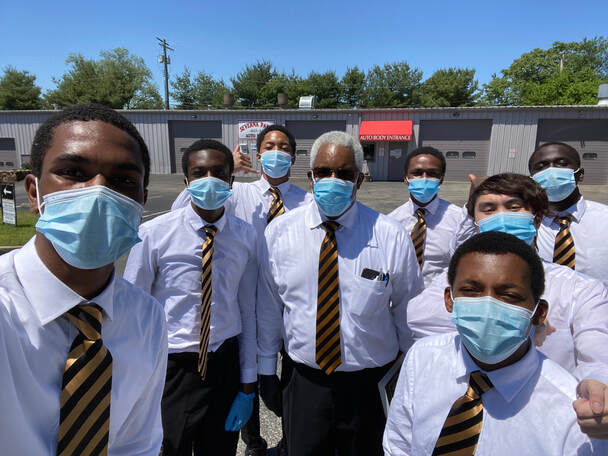 I believe in hard work, dedication, and diligence. The above accolades were attained without me sacrificing my GPA, which currently stands at a 3.5. To underscore diligence and hard work, I achieved the rank of Eagle Scout by creating a service project in which I created a drive to donate used instruments to title nine schools in pg county which could not afford them. Additionally, I rose through the ranks and became junior deacon chair. I also served as the chair of the editorial committee in Jack and Jill of America Inc., which creates newsletters and documents the activities of the region during the regional convention. I served as the chartering secretary of my chapter of Jack and Jill of America Inc., became the chartering President of Gavel Club, an organization designed to improve the confidence, delivery, and persuasiveness of public speaking in youth, and became the Vice President of the Eastern Region of Jack and Jill of America, Inc. which is a philanthropic organization designed to develop self advocacy, leadership, and promote the advancement of black youth in America.

​I am running not because of the things that I have done but also for what I hope to do for the region. Although it is a given for the holder of the position of Eastern Region Vice President to represent college brothers, it is my utmost priority to serve as the devoted liaison between college and alumni brothers. By ensuring that I form a trusting relationship with every college or university current chapter president, I am running for the position of Eastern Region Assistant Vice President to advocate for our college brothers from the perspective of a driven, passionate neophyte. I am also running because in my few months in Alpha, I have seen how things can be improved, and my peers have shared the need for a more united eastern region. Furthermore, I believe in a strong connection between the alumni and college brothers. I plan to continue to develop that relationship by initiating district events, programs, and/or gatherings and further encouraging the mentorship of our alumni chapters through a reward system. It is imperative that we, as Alpha men help groom and better the generations behind us. By pushing and holding more youth focused events such as regional efforts to increase community service projects for schools and daycares, district wide oratorical competitions, spelling bees, reading sessions, career days, and a mentor me program, on a point system, I run to increase the mentorship that the youth in our surrounding communities receive. 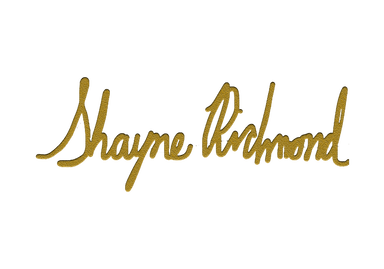